I live in the South East of England which is a pretty densely populated area and you're never too far from a town. I wanted to try some night photography but given the amount of light pollution in this part of the world I wasn't too sure of the results I would get. Being a HOYA ambassador, I was fortunate enough to get my hands on their STARSCAPE filter. The idea of this filter is that it filters out some of the frequencies of light that are produced by manmade sources in our towns and cities and hopefully gives you a better-looking image and enhanced contrast without having to resort to so much post processing.

I would have loved to try and photograph the Milky Way but at this time of year it is only above our horizon for a short time when the sky isn't at its darkest and it's very low in the sky. I will have to until next year now to try and get some shots of that.
I was still really excited to venture out into the dark and see what I could capture and see what difference the Light Pollution filter would make to the shots.

I would be using my trusty Sony A7RIII for these shots. As far as lenses go I haven't really got the ideal fast wide prime in my kit bag so I decided to use my Sony 16-35mm f/4 for it's wonderful wide angle field of view even though I would have to compromise a little on the f/4 side of things. I also wanted to see how my new Tamron 28-75mm f/2.8 would perform. My widest prime is the Sony 55mm f/1.8 so this would come along as well just to see the difference that the fast aperture would make although not necessarily being ideal for the sort of nightscape I had in mind.

I shot this first scene across a lake at f/4 with a shutter speed of 15 seconds and an ISO of 2000. This view was looking towards London about 30 miles (50km) away. The glow of the city was visible to the naked eye.

I brought all of the RAW files into Capture One Pro 12 for my usual basic adjustments. With the white balance set to the 4752k you can see the huge difference in the two shots with and without the HOYA STARSCAPE filter. The filter is obviously doing a great job at filtering out the orange hues of the manmade light pollution. The filter does reduce the light passing through by about half a stop, so I adjusted the exposure in the unfiltered version and also tried to match the white balance to get a comparable shot.

Looking at these last two together it seems to me that the STARSCAPE filter does indeed reduce the light pollution glow on the skyline. My other observation is that adjusting the white balance has quite a different effect than the filter. The white balance is obviously more of a global shift and adversely affects the colour of the objects on the shoreline like the little wooden platform whereas the STARSCAPE filter has reduced the orange light pollution but leaves colours of other things in the scene looking nice and warm and natural. There is more to this thing than just filtering light at all frequencies from X to Y. Looking at the graph of the light transmission of the HOYA STARSCAPE filter you can see it's doing some pretty complex stuff which has been developed to target light pollution.

With the unfiltered version I'm sure that the negative effects of the white balance change could be addressed through local adjustments in editing but my overriding impression is that when using the light pollution filter the image seems much closer to what I imagined straight out of camera with less effort.

Again, here the colour in the image with the filter was much better and also there is less of a glow at the bottom of the shot.

In this next shot I was reasonably high up to try and get a night landscape. There were a few clouds about but they were, fortunately, nice cool looking wispy ones!

On the left shot a yellow colour cast and glow from the lights on the ground. On the right - the colours are nice and natural and you can see the glow of civilization but it isn't affecting things too badly.

Back over in Essex overlooking this small fishing lake. We stayed in this floating pod on the lake which made for a wonderful peaceful few days. These images were taken using the 16-35mm at 16mm f/4 and exposure of 10secs.

I tried correcting this with white balance but as I found in the earlier images this sort of global adjustment does affect things you don't want it to. The pod now looks a bit too yellowy and the shoreline looks a bit cold. The HOYA STARSCAPE filter has again provided me with a file that is closer to what I was looking for without having to spend as much time editing.

Another example both without and with the STARSCAPE filter and then a version without the filter and adjusted white balance.

I think the HOYA image is again the best balance of colours.

These next series of images were shot with auto white balance.

Being a photographer who loves to experiment and move my camera around during my shots these next few shots are some of those moments when instead of standing and waiting while the long exposure finished, I got involved! 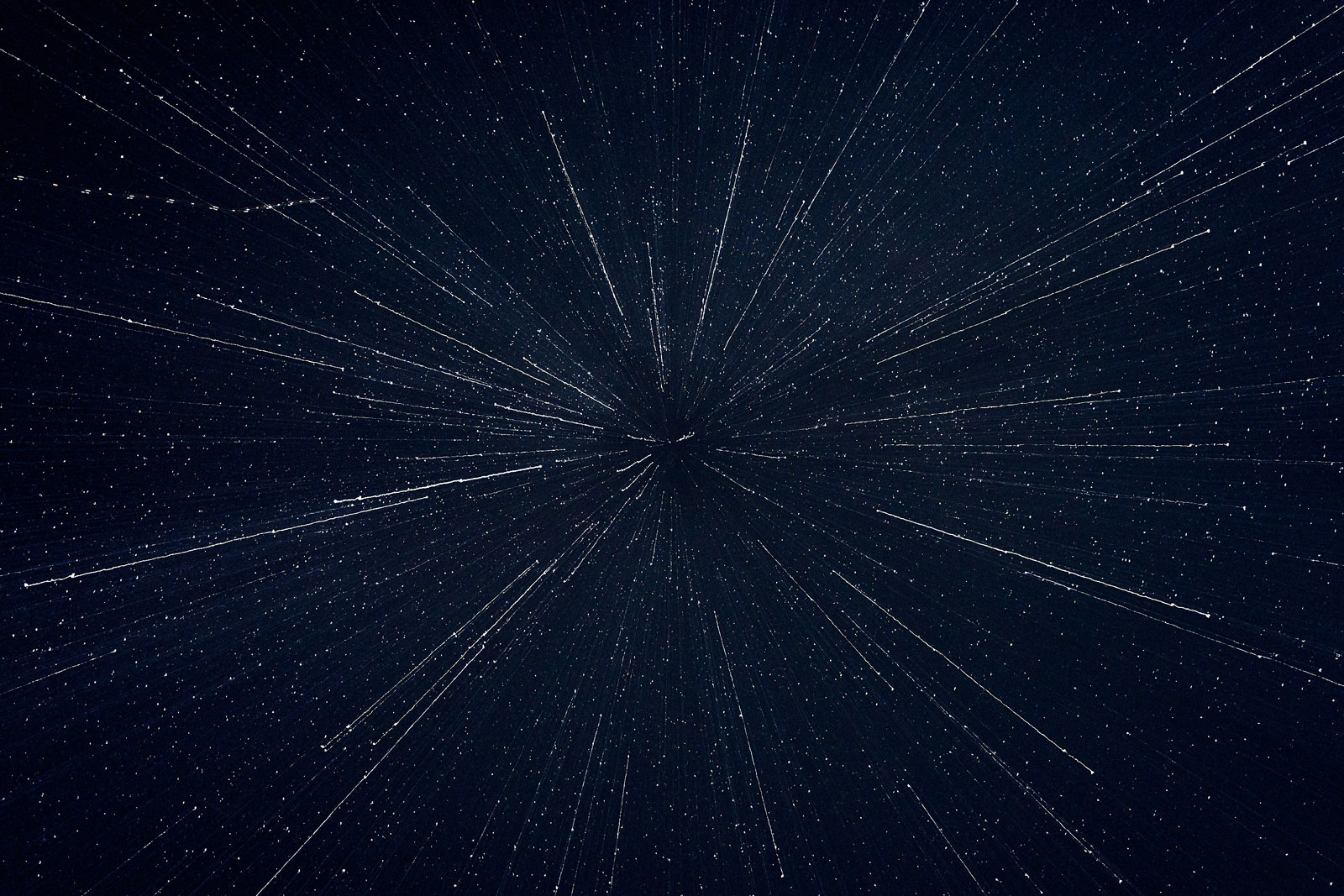 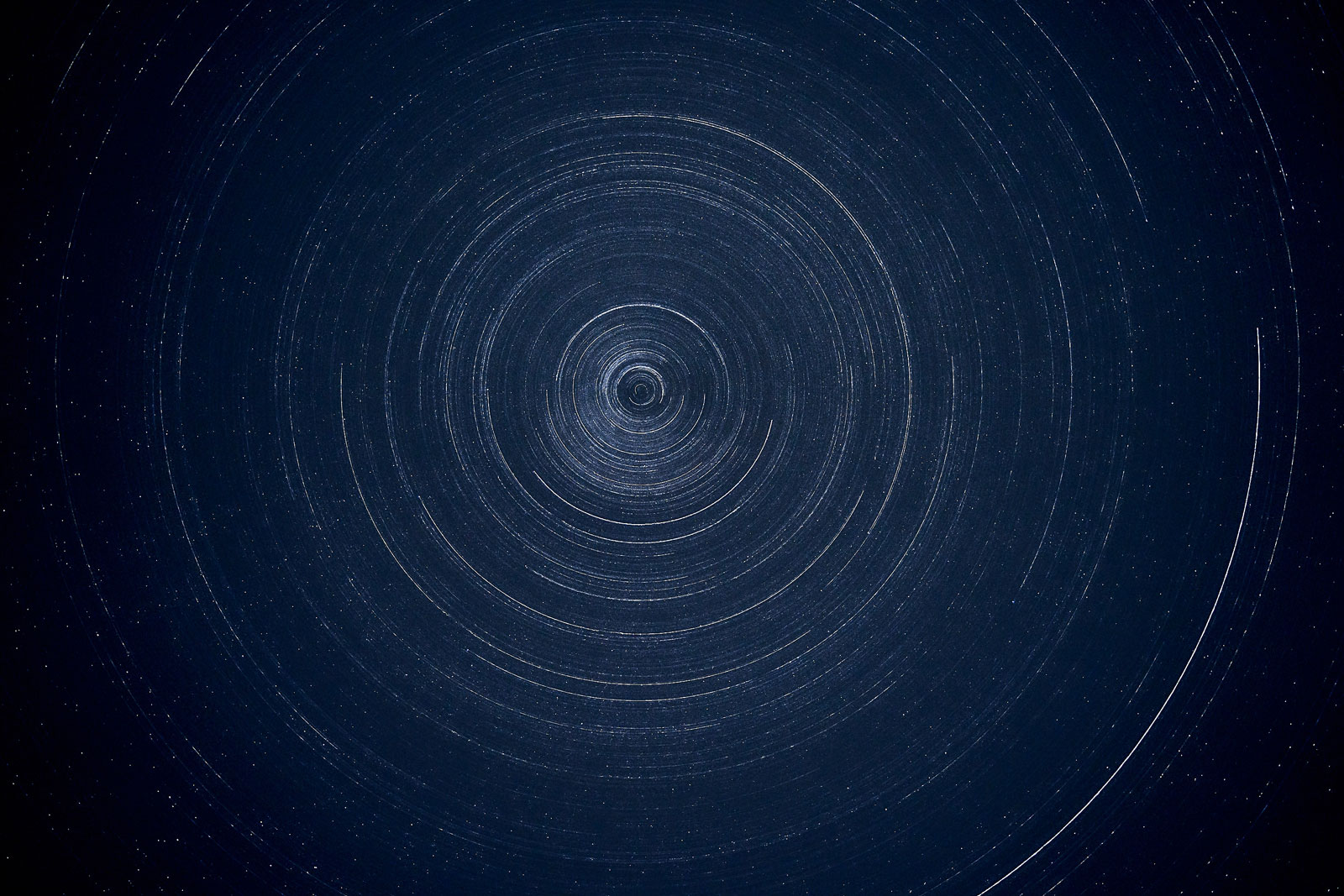 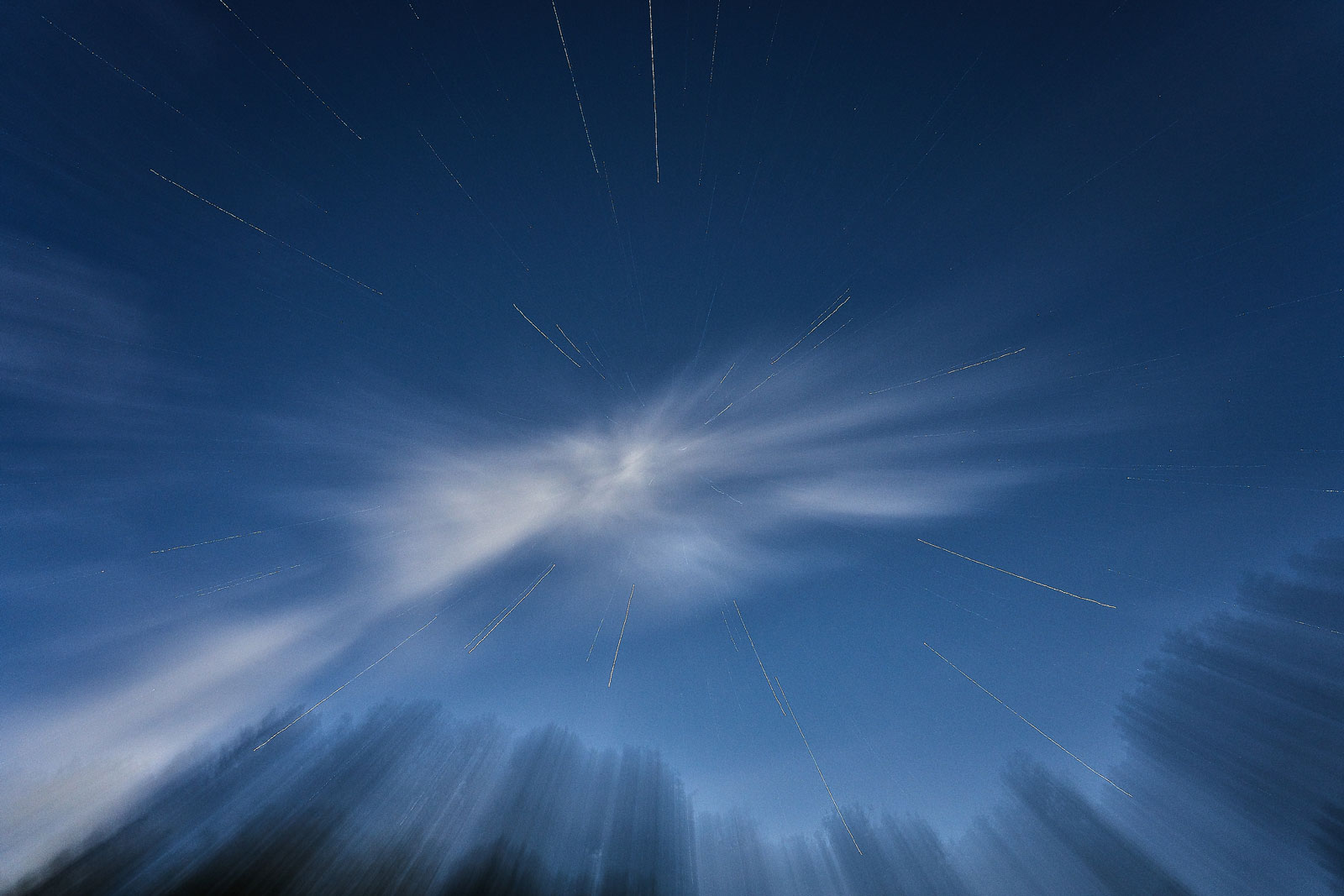 I love the fact that the plane lying over created this crazy zig zag line as zoomed the lens. 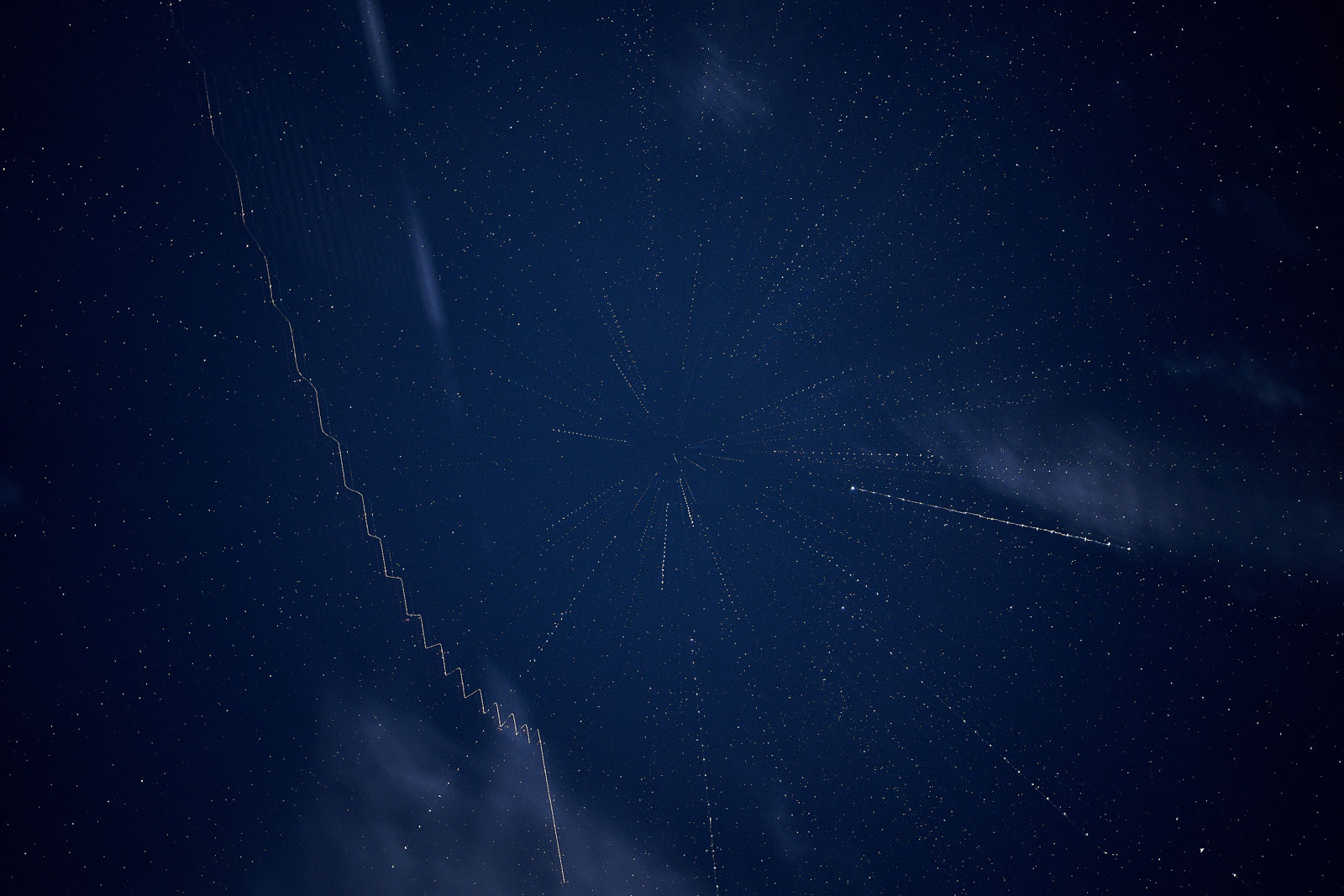 Finally, here is a composite image using 2 images taken. The stars were taken at 16mm f/4 for 10secs at ISO 1600. I manually focussed on the stars for this one. The pod in the foreground was 16mm f/9 for 30secs at ISO640 and I focussed on the pod. Both shots were taken using the HOYA STARSCAPE filter. I then combined them in photoshop using the star image as the main one and just painting in some detail from the foreground image. 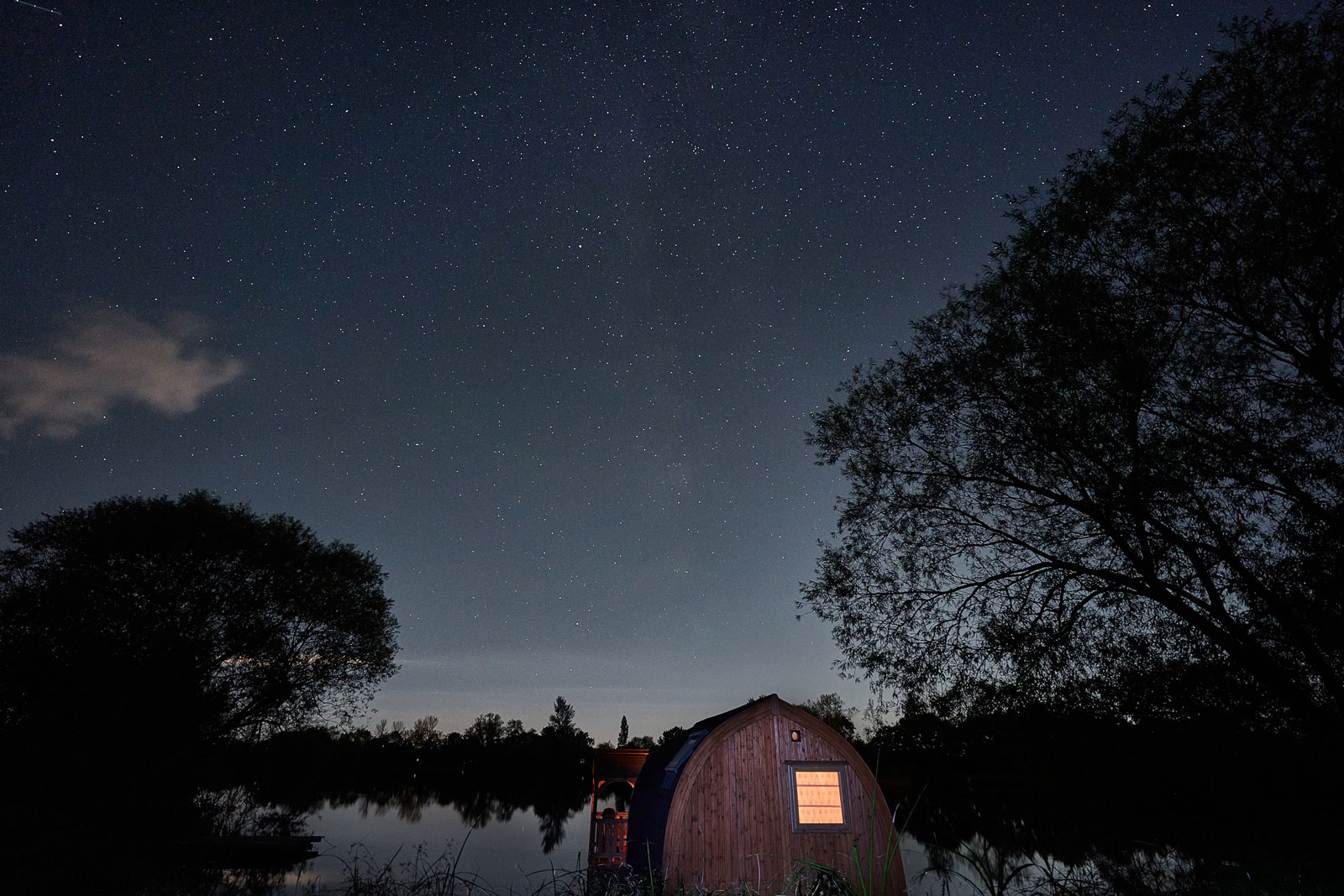 I've really enjoyed this journey into night photography. I've got work to do on developing my skills in this area but the HOYA STARSCAPE filter has been a great help in getting some nice looking images.

The fact that the filter takes out the light pollution colour cast gives you files that are much closer to what you see when you're out in the field and are easier to work with in post to get the results you want.

The best filters for winter season
Travel at home
The best infrared filter in 2021: create surreal images in color and black & white