How to clean filters

Neglected dirt on your lens surface can ruin all the work behind your shots, making your final image awfully spotted or affecting its sharpness and beauty. Regular cleaning and correct maintaining of your lens is a good habit any photographer should have and get used to. However, unlike mere window glasses, the optical glass lenses are made of is a more delicate material. Therefore, the best solution will always be to choose a "lens protection filter (PROTECTOR, UV filter, etc.)" to attach on your lens.

The advantages are numerous: by cleaning the filter's surface instead, no cleaning product will ever make contact with your lens. Also, with the filter attached, the lens will be protected by accidental scratches, impacts or damages, and by simply replacing the filter with a new one, you can always shoot in the most desired and best conditions.

Filters, whatever type is used, need a correct cleaning and maintenance to preserve their good conditions over time. Here find some useful tips and easy-to-follow indications: 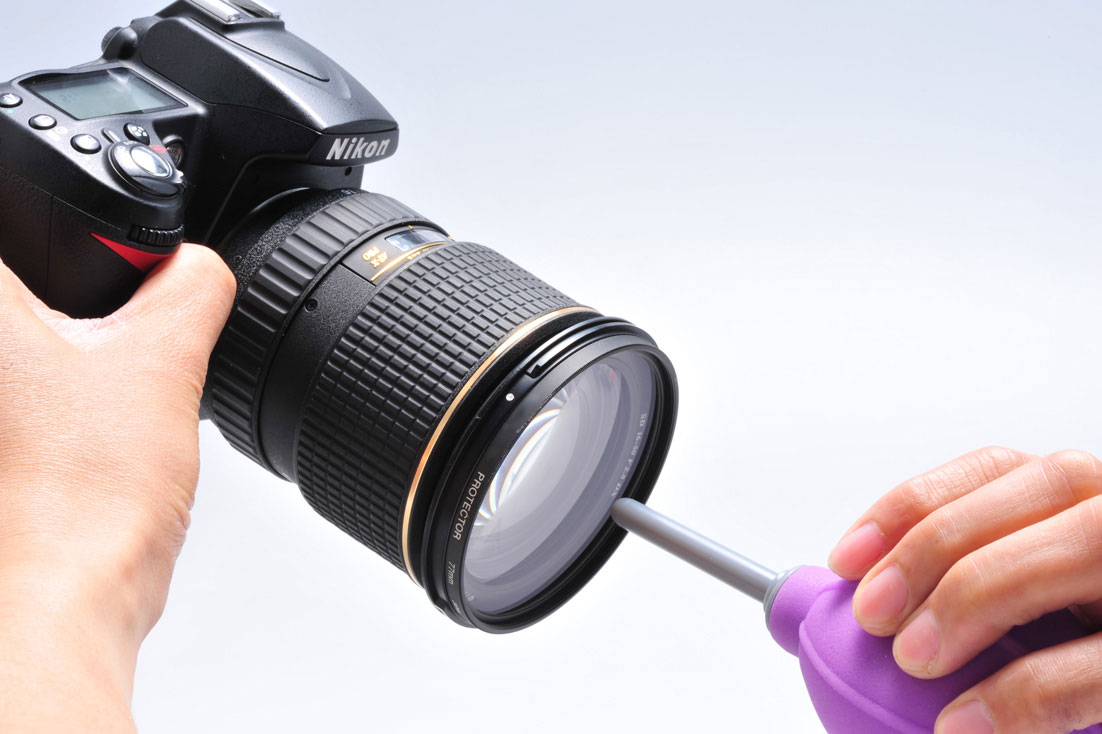 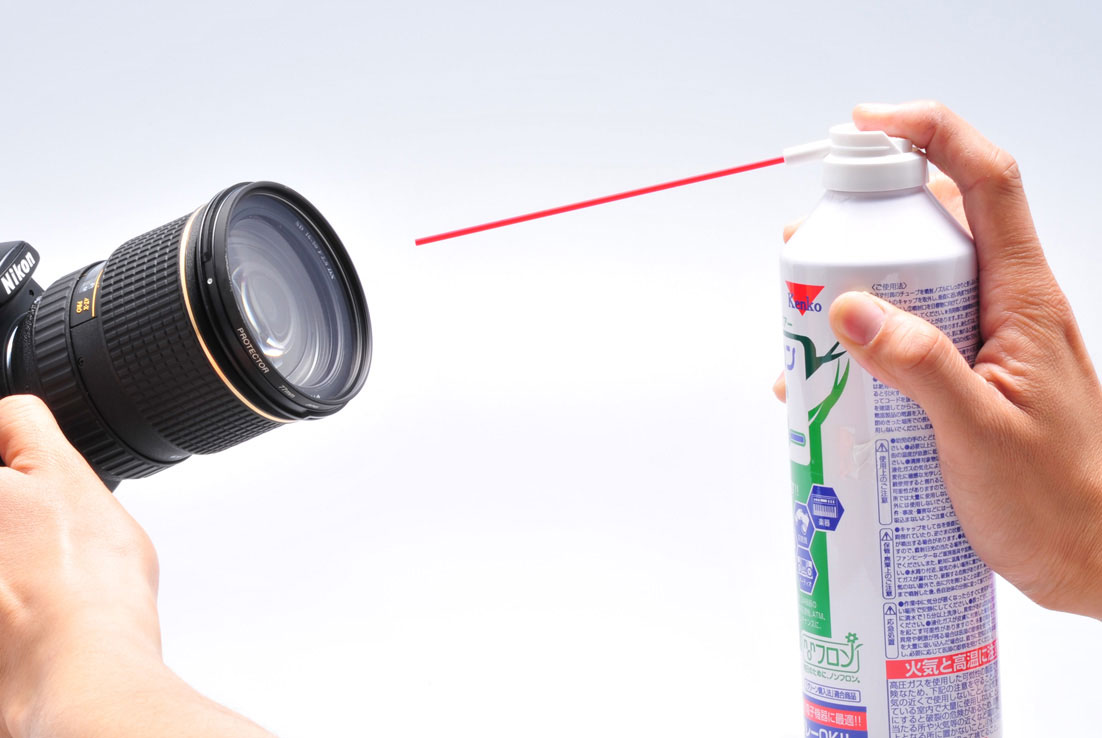 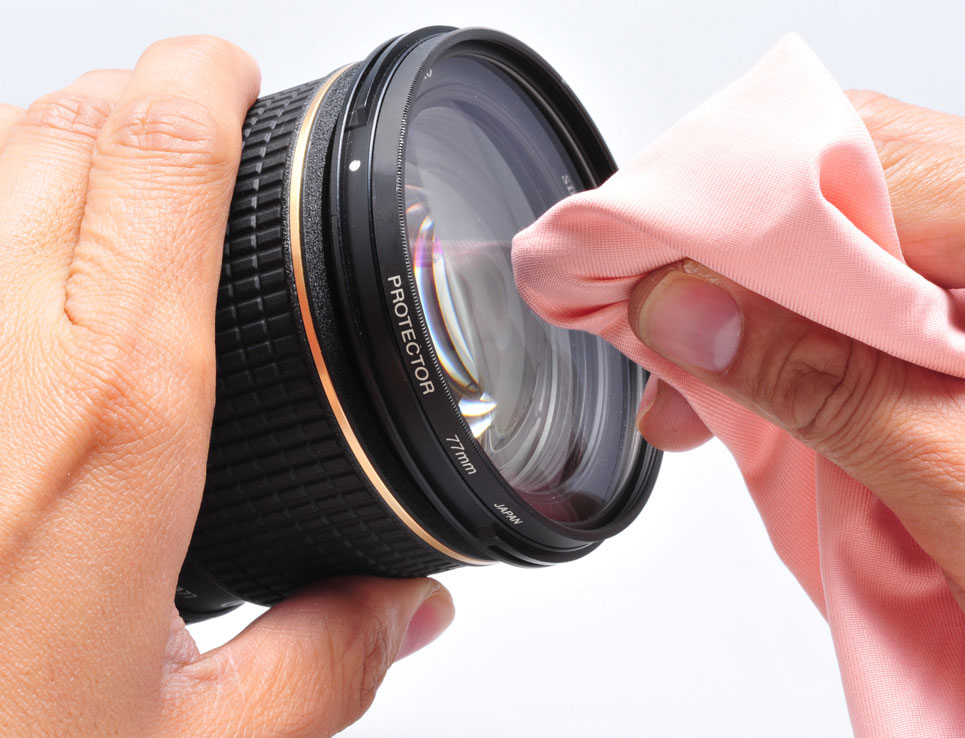 These simple steps can be also applied for a correct cleaning of your lenses as well.

How to choose a CLOSE-UP filter

Each interchangeable camera lens has its own minimum focusing distance, which is the distance from the lens to the shooting subject. Its range value generally varies from 25cm to 50cm minimum.

In close-up photography, you can close up on the subject by simply moving closer to it, as by doing so the size of the subject projected onto the image sensor will appear larger.

When you cannot move closer, or when you would like to close up more on the subject, you need to further shorten the minimum focusing distance. This can be done by installing a close-up filter (also known as close-up lens) on the lens.

Close-up filters usually come in different magnifications. Choosing the appropriate magnification is fundamental and can be easily done by considering the minimum focusing distance value of the lens.

When installing close-up filters, the longest focusing distance of the lens at ∞ (infinity) will be reduced, its focusing range will change accordingly.

How to use STAR and SOFT filters to capture city illuminations

Follow the article "The best filters for winter season".

Filter stuck on the lens – what to do?

A filter being stuck on the lens can happen to anyone, but is principally no reason to panic as a stuck filter can most of the time easily be removed. There are various tricks on how to remove a stuck filter that this guide will talk about. The most important thing to remember is that you should never use excessive force when trying to remove a filter, as this can damage the filter or the lens.

In case you are using a filter with a rotatable frame, such as a CIR-PL, there is also a chance that it might be a problem with your grip instead. Pay attention to carefully grab the fixed part of the frame when trying to remove the filter, rather than the rotatable part.

Tips for removing the filter

Remove the filter with the help of a rubber surface

Try to remove the filter with the help of a rubber surface, e.g., a mouse pad or anti-slip mat – important is, that it has a lot of friction. Place the lens with the filter downwards on the rubber mat, then turn it while applying slight downward force. The evenly applied friction should loosen the lens filter more easily. Note that this tip cannot be used for filters with a rotatable frame, since the frame will just move along. 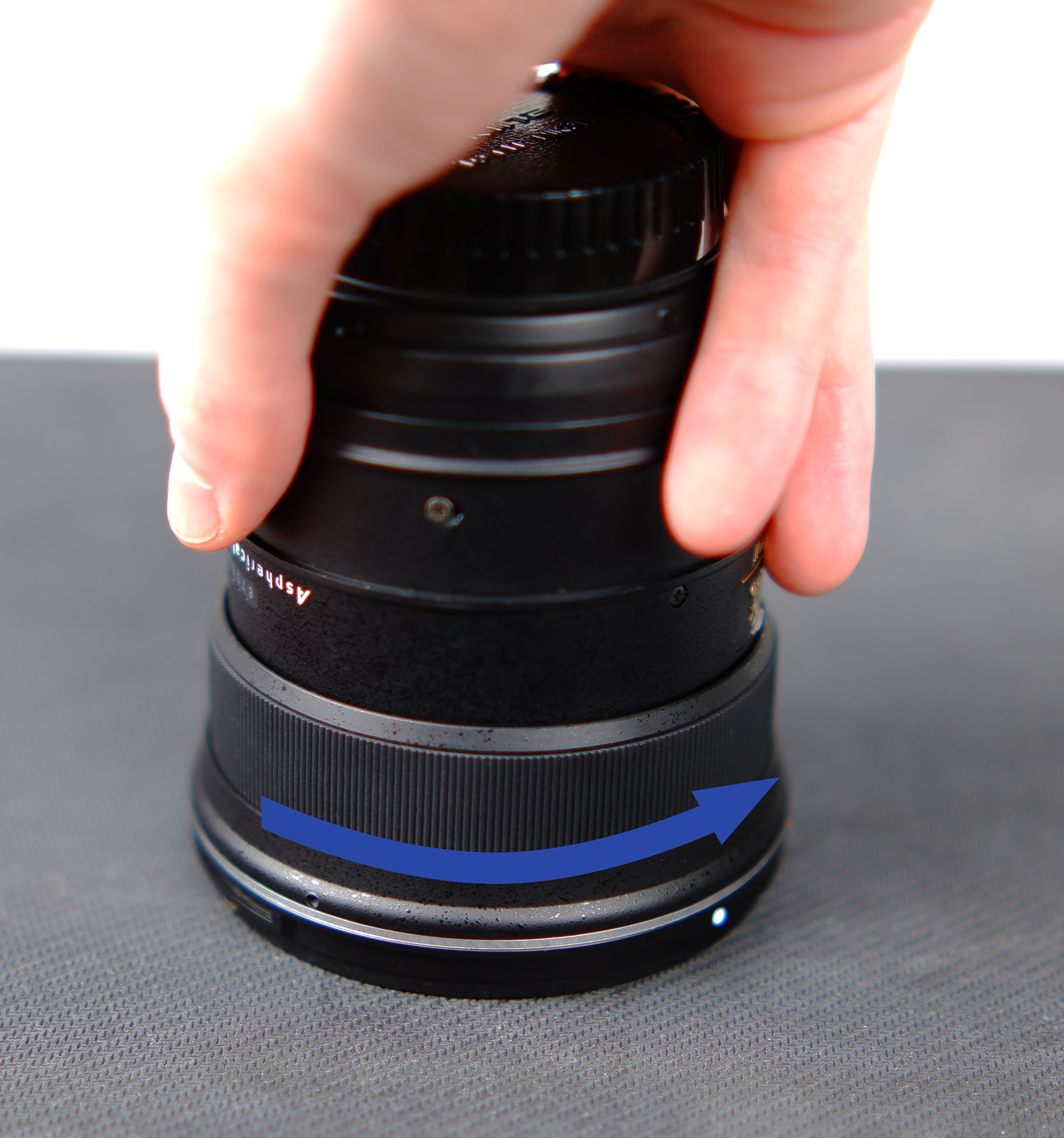 Remove the filter with the help of a rubber band

Try to remove the filter with the help of a rubber band. Place it around the filter frame without overlapping onto the lens. The rubber band will give you a better grip when turning the filter without requiring as much squeezing force, as well as more friction between the frame and rubber band. A wide rubber band is also convenient for filters with a rotatable frame, as it covers both the rotatable and fixed part, allowing you to have a good grip on both.

It is possible to purchase filter wrenches that are made for removing stuck filters. They are available in various sizes and types and usually cover a small range of filter sizes. It is an inexpensive investment worth carrying around when often using filters. 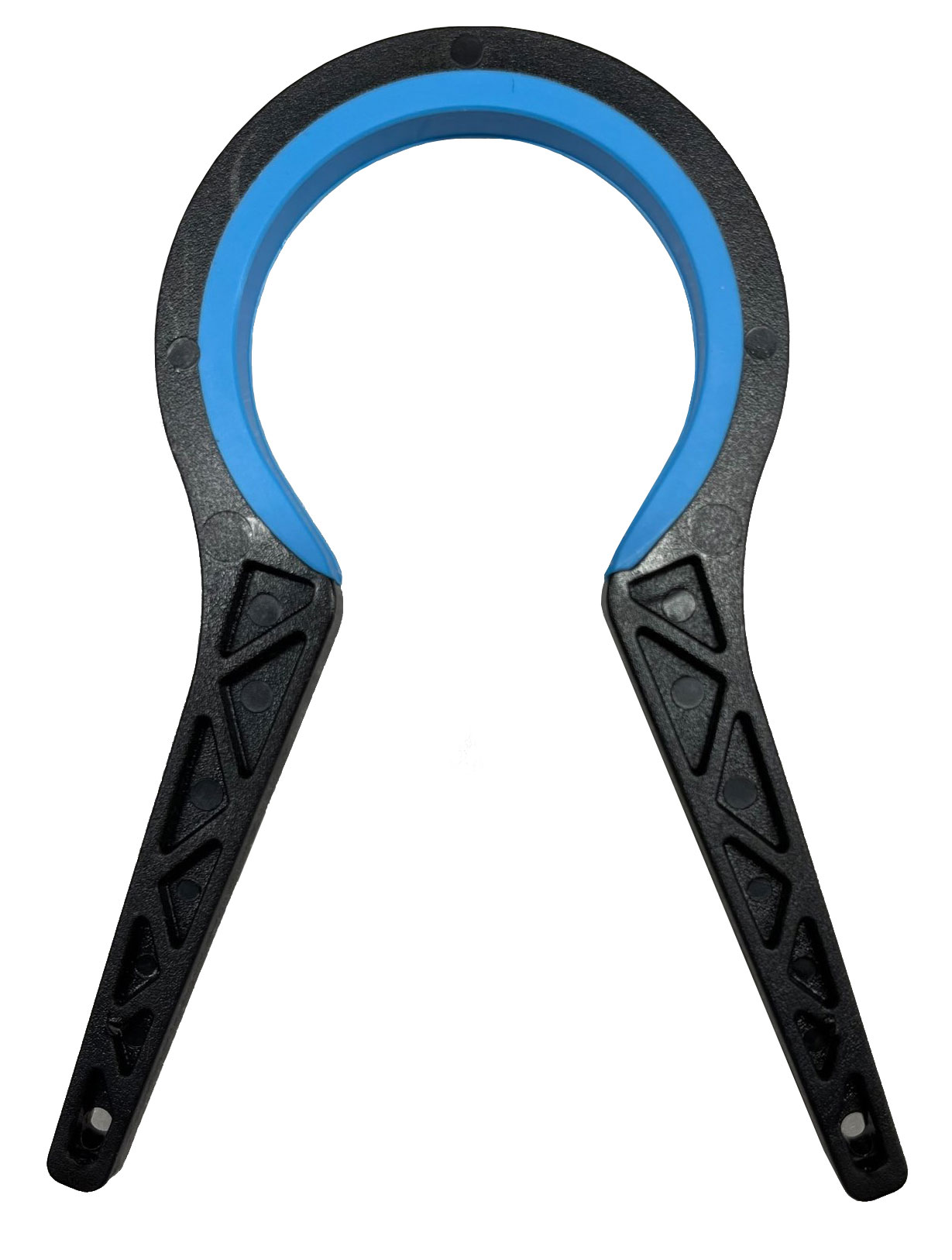 Using another filter or a step-down ring

Tap a finger or a hard object

A very effective method is to gently tap a finger or a hard object against the filter frame. 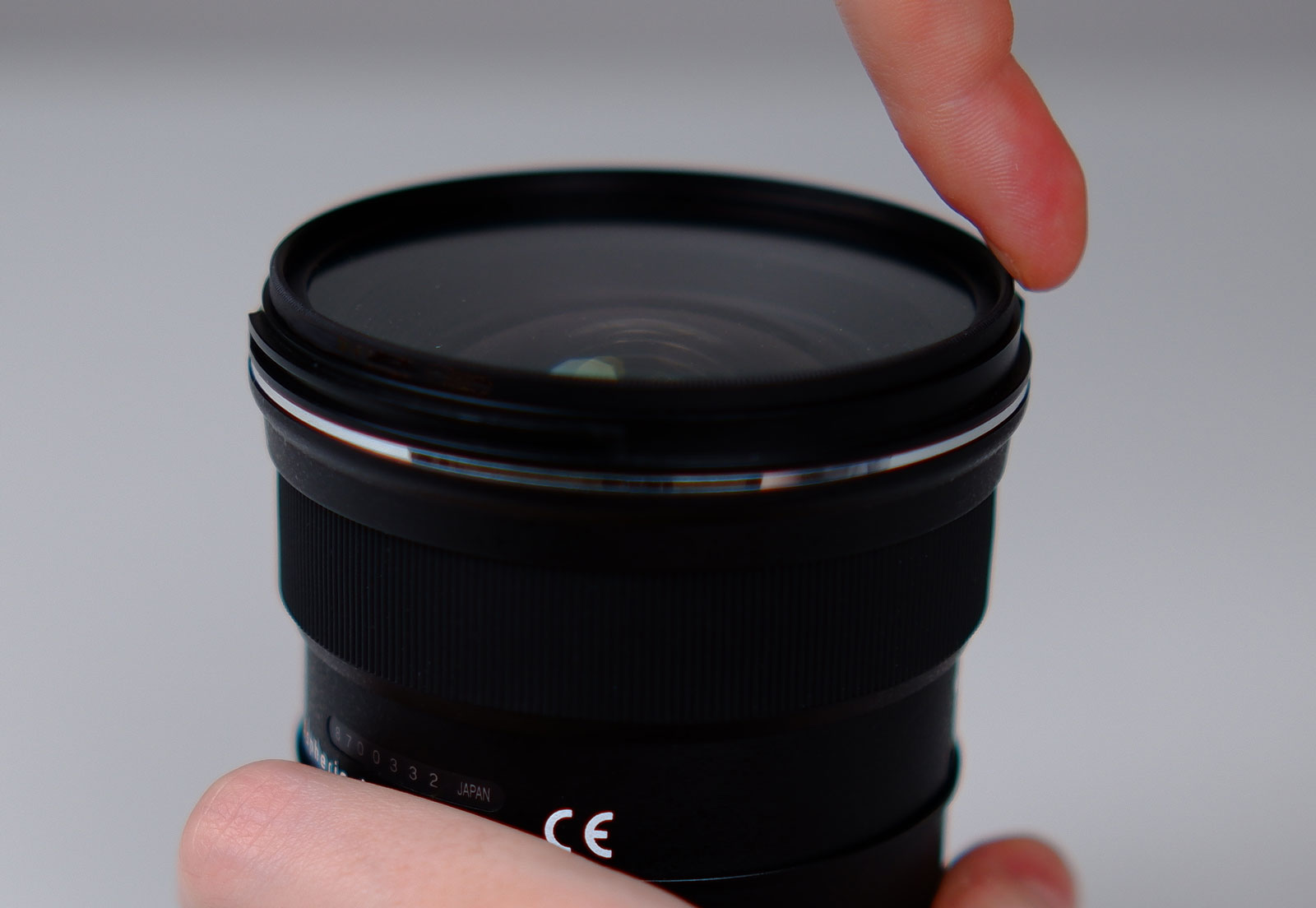 This light shock to the lens and filter can loosen the thread and be just enough to allow it to turn. Don't tap with too much force in order to avoid damage. You can additionally try to hold the filter with a light twisting force with the other hand while tapping it to make it work better.

There are further methods to remove a stuck filter that are more unreliable. If the tips above didn't solve the problem, we recommend taking it to a camera store at this point. Camera stores often deal with this problem and are experts in removing a stuck filter without damaging anything. Another advantage is that the staff can inspect the lens and filter afterwards for damage – to avoid future problems.

(Please note that Kenko Tokina Co., Ltd. does not take responsibility if lenses or filters have been damaged through inappropriate implementation of the above points. Correct implementation will not cause any damage.)